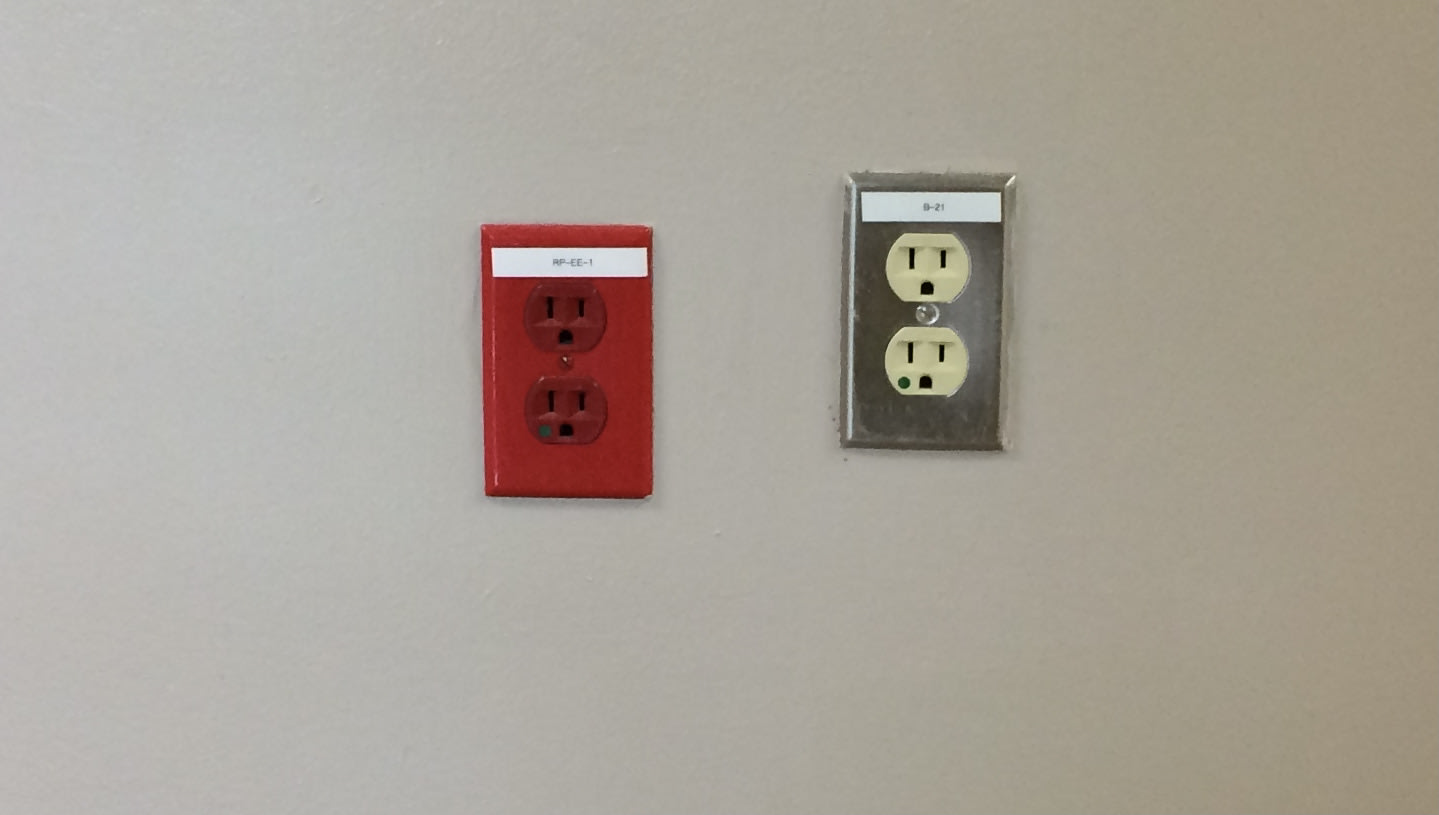 I sat waiting in the plastic chair set dutifully on top of the river of hallway linoleum;

A forgettable pattern of beige nothingness,

While she had her echo cardiogram.

"Echo cardiogram," the term sounding like it's describing people wearing

sweaters poised on opposite sides of a canyon, trying to communicate.

"Good luck with her," I thought, "you'll never get anything truthful, or meaningful, or moving."

I looked ahead and realized that I was being stared at,

Shamed by the two sets of electrical outlets on the facing wall,

Each with two sets of eyes, and two open mouths,

Aghast at me and my disgusting attitude,

Contrary to the archetypal Hallmark position of always loving the mother.

Higher on the wall,

More than fifty members of the Hospital Auxiliary, glared at me.

Though trapped in their photo image, I could feel the judgement from each of them;

Could almost hear them sucking their teeth at me in disdain.

I looked through the open doorway to the electrical room,

Wished for a god to appear behind the the green whatever-it-was machine,

And beckon to me.

A secret wall that wasn't there,

A portal to none of this.

I would hand him my shoulder satchel, and step through.

Another god would make me a coffee.

I would stand in front of a giant picture window and

Gaze into a world I have never seen,

Full of nothing that I despise.

The god would bring me my coffee, and

A casual horse would waken from a loose-lipped nap, and

Breathe its satin breath along the back of my neck.

My hip would stop hurting

At the same time that I realized that

I would never see her again.