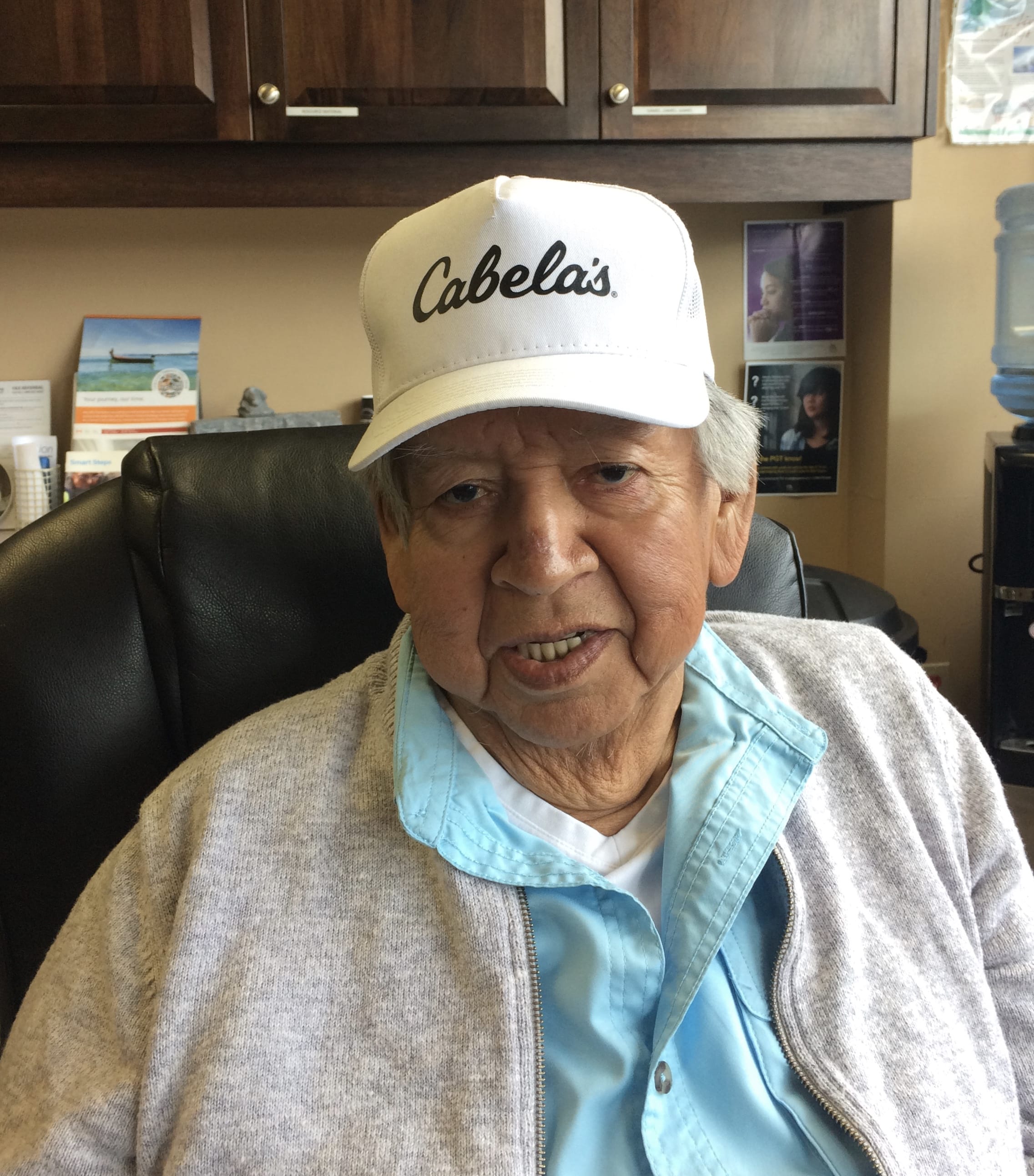 June 17, 2019. I was in Cranbrook, BC, wandering around as I do, and passed a large storefront office window. Behind it, I saw this strikingly beautiful face. I stutter-stepped, backed up and looked again. We made eye-contact, the face and I. I smiled, summoned my courage and barged into the office. The man with the face was Herman Alpine, and elder with the Ktunaxa Tribe, in BC. Herman was quiet-spoken and absolutely lovely. I could have spent the whole day with him. Some people just have that something extra going on about them that I find magnetic.

Are you in love?
“I’m in love with life right now. I have been sick with tuberculosis and I’m just recovering, so things have changed.”

Who has been the most influential person in your life?
He thinks for a moment. “ There are several. You know , just ah, where I work here, I see a lot of stuff like…I see several individuals who are really coming forward and the youth today are so, a lot different than when I was a youth. They’re really ready to go face the world, and when I was their age I had nothing but…I was pretty angry, and, the way living here in Cranbrook was. And, ah, I had to leave here to make my life go, as there was no work here for me. I moved to the U.S.. I lived most of my life in the U.S.A., and down there it’s a lot different, ah, you’re pretty well judged according to your values and the way you work, and I had I had good values taught to me from my dad, about being a worker, and I followed what he taught me and that got me through, up ‘till today. I’ve learned a lot. I use his word a lot, because he’s ah… like he talked about racism, he talked about…he told me, ‘you just go ahead and it was here yesterday and it will be here tomorrow. It will be here the rest of your life, so…you just give it the best shot. Don’t react to it. The minute you react you become one, you’re just like them.’ So, ugh, I…it’s been successful for me. Hard work and, he says, ‘you do hard work, you can hold up your head, and nobody can challenge you, and you say, you just tell them, ‘that was the best I could do’.’ So I’ve had that thing in my life, and I’ve worked just about in any type of work–I worked in a steel mill, a lead smelter, I was a logger, and ah, I had my own business at one time. Hard work got me there, and I had young employees that are still my friends today. I had the company for fourteen years and I still have young people who, you know I worked right along with them, so there was no ‘me-or-them.’ It was ‘us!’ That was a good way, I had good rapport in my…even my own son worked for me. He worked for me for seven years and then he decided that he wanted to go on his own, because he liked working for his dad but he said that he had to do his own. That was what I taught him. So, it just goes on. That’s what makes it. I talk to him every week. He still lives in Seattle. Yeah.”

How do you feel about the future?
“Well, uh, as an aboriginal, we are slowly coming to our own, and, like I said, the young people I’m involved with are way ahead of me. They’re thinking of the future and they’re stepping in line and working with everybody else and making it work, and I think the future for my people is quite good. We’ve got some pretty good young leaders, you know  who are…thinking is totally different. I wished I had that when I was young. Things wouldn’t have been so hard, not that they were…they were hard but where they’re at today…I would have got a lot further. I like what I’m seeing. The young people are, like I said, ‘getting in line.’ And they’re educating themselves and just using what they got for themselves, and I think it’s pretty positive.”