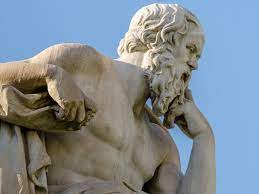 I don’t know how the world works. I’d like to know. I’m careful around those who say that they do know and this is just the way things are. For a few days, I took on that I know, overcoat. I walked around, psychologically draped in surety, ready for any challenge, but since I had covid, was held to walking around in my apartment by myself when I wasn’t asleep on my couch­–visions of Christmas-themed spike proteins in my dreams. I ditched the overcoat because it began chafing my questioning inner soul:  how do the knowers know so knowingly, with such verve, such confidence, such aplomb? Why didn’t it work for me, this aplomb? Is aplomb something I can buy at a hardware store? Can I buy it with points?

The thing is, at a certain point–or perhaps several, it seemed that life just wasn’t making sense: elevator, is a lie half the time, and how does anyone ever arrive at a retreat?  And people? Oh people. It has taken me almost sixty years to grok that life can’t make perfect sense; it’s too absurd. So now what? I have this overcoat that I can’t wear, and a whole shitload of aplomb. The only life lesson of which I am sure, dovetails with the necessity that we have to show up for each other; we must show up for ourselves first. This isn’t easy, set as it is among myriad perspectives of humankind’s place in the cosmos.

Showing up for yourself means developing the ability to observe and be curious about your own behaviour linked with both the realities of your life and the projections that you hold, projections being the assumptions you have of another person based on larger world archetypes, or faulty, often ungrounded story lines you have developed in your own head. For example, you think so-and-so finds you annoying because you bought the last package of aplomb at the hardware store. You watched him storm off into the hunting decoy aisle and you assembled your tale of worthlessness. If you had been able to be present in your shoes, you might not have considered yourself so terrible. Instead, you could have considered the possibility that so-and-so was experiencing digestive challenges, and stormed into the decoy aisle to pass wind there, politely far away from you because he thinks you’re neato. Even if you don’t figure out the farting narrative, holding yourself as thought lesser-of by another is a lazy, victim move unless they have in fact said, “I think lesser of you.” To give someone else that power over you is a disservice to your walking in the world if you are in fact trying to be a compassionate, thoughtful person. So, you withdraw the faulty projection of your relationship with this person and enter into the thrilling, real possibility that you are adored.

The activity of authentic presence, rooted as it is in your deeper self, can present the necessity for a paradoxical dance at times; not everyone is working on their demons, their shadow side evidenced in perhaps judgemental, suffocating attitudes. Be kind, but perhaps stepping away might be wise. In my experience, these are the people who tend to express loudly how it is, stating, instead of graciously setting a tone for discussion. There is often fear and insecurity underneath, so instead of battling, yes, step away and hope they find their way.

In the whateverness of this world, change is always an option. If you’re angry, and find yourself stomping and spitting fire through the hallway, it’s okay to stop and regroup. I know, because I’ve done it. If you’ve poured yourself another glass of wine when you are aimed at sobriety, it’s okay to pour it out and start fresh right there. I know because I’ve done that too. If you’ve come through a long, difficult effort and find yourself alone as if you’ve been spit out of a machine, you don’t have to remain flat out in the mud. It’s okay to get up and step back into the world. Maybe the world doesn’t despise you, has not forgotten you as you have thought, but has been waiting for you, needs you because you know so much now, of note, the socratic notion that you know that you don’t know anything. Go ahead and take the last package of aplomb. They will restock the shelves.