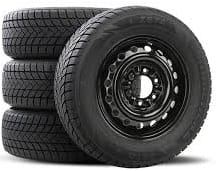 Late afternoon, November 15, 2022: I am crouched beside my van in the underground parking garage, hand-screwing nuts onto a winter tire I have just set in place after removing its’ summer pal. I’m doing this despite the viral respiratory infection that is mine, that has kept me prone on my couch since the 5th.  I tell myself the rollicking lie that I am feeling better, because shouldn’t I be by now? This is the last of the four tires. There are now eight billion humans on the planet. I tighten the nuts with my wrench. I cough, then lower my mask to blow my nose.  Doug Ford wants to put a highway through farmland. My covid test was negative. I put the summer tires to bed in the lockup, which means covering them with a tarp to keep the garage dust off of them. There’s a war in Ukraine, and the ding-dong wants to run for President again. I take the stairs up to my apartment, disrobe and shower all the while realizing that perhaps I was not as well as I believed.

Now it is the next morning, and if you were to tell me that I had been shot I might have believed you, because what else could explain the focused pain that I feel every time that I cough? Previous Saturday’s walk-in nice-doctor-man listened to my lungs and assured me that I did not have pneumonia, but instead a viral respiratory bad coughing party which could last for six weeks. Coughing for six weeks? Just let it take me. Come on you demons! One big, last cough and, nothing? Cowards.

My tires: In Jungian terms, the circle, or more specifically the mandala is meaningful. Jung said that the process of creating a mandala–drawing, painting, sculpture, offered a “safe refuge of inner reconciliation and wholeness.” I did not create four mandala’s, but I did replace four tires with four other tires, so I interfaced with eight circles. I am not mechanic enough to be able to think of anything else while I am changing the tires, like Spain, who that actor was who played that guy, or why I would even think of Spain. I make sure the parking break is on. I set the jack. I loosen the nuts before jacking the tire up off of the ground. I make all of the efforts to not die by having the van fall on me; Spain. While trying to line up the new tire onto the bolts I speak to it like I might a small dog climbing out of a well on Instagram, or like a neato friend, first encouraging and then celebratory. There’s a meditative quality here.  Is there inner reconciliation during this process? Some, woven through the ritual of it as I am removed from the rest of the world, the heavens, with only my heart beat, the sounds of my tools and my coughing to mark time. Reconciliation replaces doubt at the effort’s completion. To be clear, the neato friend was not climbing out of a well on Instagram. Also, wholeness is the goal, always.

I watch a lecture where the speaker posits that God, the spirit of all religions, has been evolving along with mankind and has a shadow side that it’s trying to integrate, as I am trying to integrate mine, as per wholeness previously mentioned. This spirit is having a hard time right now and needs our help, faced with what we are faced with as it experiences the world through us instead of being separate from us. I like this because it gives me purpose, and that purpose is nothing other than to sort myself out.  Somewhere I heard a wise person say, “the moment of collapse is when you find your God-self.” Everything else goes: defences gone, distractions spent, emotional crutches no longer crutching; the rest of the world seems far away and absurd, and you can’t believe that you are reduced to such a less-than-ideal state: November 18th, I take my exhausted, cough-riddled body grocery shopping and I get the terrible cashier who hands me my receipt without eye contact, as if I am an annoyance. I weep into my mask on the way out the door. My God-self rises with an inner “WTF?”  as I rush through the vestibule. I am angry to be so delicate that I am levelled by a stranger’s thoughtlessness. Then I see my van and its four glorious winter tires: my Odyssey friend; symbol of connection to the gripping, radial numinous, and I am whole again.

I don’t want to be a drag. I made pharmacy staff laugh when I announced that I was going to suck on a Fisherman’s Friend on the way home, a joke that came from nowhere.  I’ve been alone since October 4th, when my mother, whom I was tending, was moved to a home. I spent weeks recovering from the exhaustion of that scenario in time to catch this virus.  My cumulative solo time clocked is too much. Recently, I have startled myself by speaking out loud with full-on snark aimed at whatever Youtube lecture I am watching. There is no warning. My words leap into the room as if from an other. An example might be something as simple as the lecturer opening his talk with, “I’d like to start…” and right away I mimic his voice, then add, “ Let's do all the things that YOU wanna do,” à la Jim Carrey. I mean, I could be deep into a series of lectures about symbolism and then out of nowhere, Jim Carrey! You might not consider such a thing to be a spiritual event. I do. I absolutely do, and maybe that’s the thing: spirit is always there, always, waiting for an opportunity to surprise you, delight you, mirror your vulnerability from inside with the deepest love, evidenced by a pharmacy full of laughter, or the simple tightening of a nut.