Maybe I Do Know 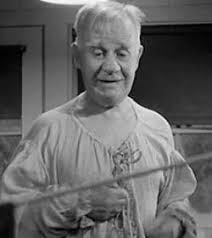 If I could convince the morning’s pink sky to hang around, I would. When my computer

screen goes to sleep, I can see the silhouette of my head in it, outlined by sky shining

through the window behind me. A pink sky, pink like sorbet would be neato. Instead

it’s just blue with tree limbs waving like they could be sea flora in a churning current.

Is that me? I look normal. I look like nothing is bothering me and this is just another

could be inside, I might feel better. If I did turn inside out, perhaps all of my then

exposed thoughts and questions would float away on the wind like dandelion seeds,

to who knows where. Good riddance. I could relax for god’s sake. I might play tennis,

or think of Spain.

Yesterday morning, the power was out. I went down to the lobby to see if anyone

knew the reason for the outage. The lobby was empty, but I happened to see

someone sitting on the bench in the vestibule between the outer door and the inner,

locked door. It was the same man who, when the tornado ripped through in May,

was trapped in an elevator with his wife when the power went. I was walking past in

the hallway, heard their voices, and rescued them by manually opening the

elevator door. On this morning, he was sitting patiently, dressed in his pajamas and

bathrobe, hands folded in his lap. He reminded me of Clarence Odbody, the angel in

Capra’s, It's a Wonderful Life. I let him in. The superintendent came through the hall at

that moment, appearing with almost the same timing as when he came on scene

during the elevator rescue. I don’t know why this happened.

I thought of a man who grows kale in vertical, hydroponic columns north of Sudbury.

Later that evening the documentary about him came on TV. There is head-down

studying Jung, and then there is using what you learn in order to live in the world:

However it shows up, it’s on your side.