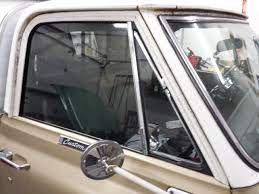 Park the first sentence here, I will. Good to get that done. Already this day is looking up. There are tulips in a green vase on my desk and they sit there doing squat. Me? I have the first sentence done. Jealous tulips, lazy, high on water and whatever is in that packet that I dumped in. Plus, outside, high in the cloudy air, the wild geese are confused. It’s still winter and I don’t know why they have returned. There is opening in the ice on Elgin Pond, but not enough I don’t think. Improper geese-returning. Poor planning. I wonder if I poured several packets of the tulip boost into the pond if the geese would be more energetic. I saw the two swans fly over this morning, yes, the pair that resides at 21 Elgin Park Puddle. They are beautiful but also odd if you stare long enough. Tulips are odd too. Perhaps staring is beauty’s undoing; you notice things, parts as opposed to the whole, mechanisms for procreation instead of grand flourishes of magnificence plopped wherever only because God was high as a kite. Or, God was low as a kite, because God is really up, up, up with a fish. He would have to lower himself down to intersect with kite. High for us, low for Him, and the geese and swans don’t care. Tulips, pffffff– nothing. One thrill I have is when the geese fly just overhead and I can hear the wind moving through their wings. There’s a squeaking noise too, which, I don’t know what that is. Maybe it’s the wind blowing over their little nostril holes. You know like when you’re driving and one of your rear windows is down a bit and there’s a whistle? That. Decades back, cars used to have small, triangular windows in front of the regular windows in the driver’s side, and passenger side doors. These were called, “wing windows.” You could open them if you needed just a bit of fresh air but didn’t want to lower the large window and have your hair mussed. They don’t make wing windows anymore. I wonder if the geese complained, tried to enforce copywrite.

“I am Mrs. Swan. I am the lawyer representing the case against wing windows, put forth by all of the geese in the world. Other birds too, but mostly geese.”

“Okay,” say all of the car people.

“You’re so beautiful hon!” says Mr. Swan. “I brought you some flowers, tulips, for winning!”

They both stare at the tulips. Then they don’t. God is tangled in kite string and we look