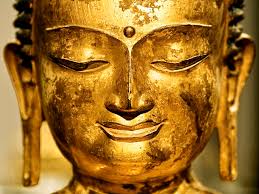 It’s good to see you back on the page.

Well, I don’t know if there is any point. IS there any point?

Let’s have it. What happened?

Oh, more life happened. ‘Seems that it never stops. I had gone down to the spring just outside of town to pick up some water. I got there, and found a fence across the entrance to the parking lot; the water access was being re-landscaped. There were no workmen engaged at the time, and no other vehicles except for a black pickup truck sitting alongside the parking lot fence. I slowed to look because I did not know about the temporary closure of the site. I saw a man sitting in the passenger seat of the pickup truck, and then I saw a woman inside the area, getting water. I noticed an opening in the fence so I figured that the pair were spring water fans, like me, and were just sneaking in to get some without making a fuss. I can’t remember who gave the ‘thumbs up’ first, whether it was me or the man, but the gesture was exchanged. I parked my van at the mouth of a secondary road directly across from the parking access, so I was now facing the passenger side door of the truck, and the man therein. There was an atmosphere of camaraderie, more thumbs up–both man and woman, fit, and in their early 40’s perhaps–as the woman made her way back to the truck. Then, and then, and then…the man leaned out of the window and hollered toward me,

“Did you get your shots?”

“Did you get your covid shots?” he asked.

I answered, “Yes,” because that was the truth. It was here that the tone changed, and the man began a high-energy lecture, unbidden, but clearly not new. He asked me why I had gotten the shots, and I said,

“Because I live in the world with other people!”

And there I was, alone in my van, in the middle of nowhere, and this fella just thought he would school me on how the vaccines and the mask wearing were…I’m not going to continue, though the man absolutely did.  I was shocked, taken completely off-guard. I raised my window to signal that perhaps he could stop hollering at me. The couple drove away. I pulled my van into the spot beside the fence, but I stayed in my van. Did I mention that I was shaken?

I was not sure that they would not return for more yellering, so instead of spring water, I drove to the LCBO to get wine.

Nothing wrong with a little wine.

I parked, went in, and found myself in a bit of an unexpected fog. I picked out my wine and though it was not my plan, as I put my wine on the counter I began sharing my story with the cashier. As I began telling it, I could feel myself begin to fall apart. The thing was, the very great thing, was that the cashier was LIKE BUDDHA, so understanding, coaching me to slow down and tell everything. I didn’t think I had been so affected, but GOD, I was fumbling with the payment machine as if I had flippers instead of fingers. I felt my body shaking, but the cashier kept me talking and was so compassionate. She handed me my wine, and was so supportive, complimentary, and told me to take care. I got back into my van and completely fell apart. Then I got home and fell apart again.

I don’t think people realize the power of their words and actions.

You’re right. This guy was behaving like a bully.

Sigh…thankfully, as YOU would have it, my therapist had an opening the next morning, so I took it.

Good! You needed to talk to someone!

Yes! And as often happens when I am in dialogue with this therapist, I discovered! It came as I described the spring water event and my reaction to it; we have to love each other. If we can’t do this–find each other during this pandemic, the climate doesn’t have a chance. One positive outcome of this unsettling interaction with the mean man, as I call him, was that he did not win the day. It was Compassionate Cashier who won! She is whom I am thankful for on this Thanksgiving weekend. I still think there was some numinosity afoot in how I ended up at her till, and I am grateful for that.

That’s a wonderfully positive outcome to a real challenge!

Yes. But there’s a super important thing that I grokked out of my conversation with my therapist; “loving everyone,” includes the mean man.  Especially the mean man!

This won’t work if we pick and choose. I didn’t say that this was going to be easy, but when I considered this, I replayed the event in my head. I imagined that I was fully present and loving as I parked my van across from mean man.

How did that go?

You know, it was so much easier! He began speaking, and I responded with,

“You know, we are all doing our best here. Thank you for your concern!"

How did he respond in this imagined scenario?

He was disarmed. He struggled with a response, but when he found that he was not able to ruffle my feathers, did not get an argument, he withdrew. In the scenario, I pointed to a bird flying over, and put my hand on my heart. All three of us took a minute to watch the bird in silence. The man and his water-bearer drove away.

The necessity here is to really love, and not to seek only triumph over a foe, like an “I showed them,” moment. To be sure, positive energy flowing is much better than allowing an assault. The assault does no good for either party; creates a victim and an attacker, the lowest form of human interaction.

I am grateful for the experience–now.

You could tell them that the Dalai Llama is double vaccinated. Or you could quote your Yale PhD friend.

That’s not the point. It’s not my job, and they wouldn’t hear it anyway. I think this love thing is really the only way to get through this, to circumvent our differences. I am appealing to their soul; asking them to put down their swords and join me in simply “being” on this planet. We have that in common. We have that connecting us, and that is sacred.