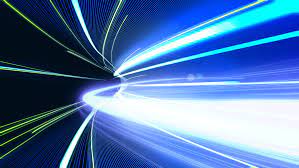 I wrote a pointless article yesterday, me as gutted by recent...it is so...life is demanding. I respect you as a reader so deleted all of the words, pointless as the piece was never going to convince the unvaccinated to roll up a sleeve, or to convince old friends to stop sending along conspiracy videos, or to stop the worst of us from protesting at a hospital.

There was potential in my comments about how wrong it is to compare the recent passport requirement as an infringement similar to steps taken in Nazi Germany, but I am simply heartbroken that someone I know would say such a thing. I am beyond disappointed in people whom I though were solid. Let's rephrase that: I have learned more.

I continue to feel this wholeness, this fullness in my chest that has nowhere to go. I feel like a freak. When I think about Whitehead, and I will remind you that I am so new to him, I very much like the idea of how we bring all of our experiences with us, they are part of us. I couldn't feel at all so deeply if I had not experienced the hard things, so I suppose I am grateful. And here I am now, in the present which really doesn't exist, and  looking out at the future. Listen, you know that I'm depressed as hell, but there is a part of me that senses potential, like it's glowing back at me from the future.

How depressed are you?

I feel everything, so this zeitgeist is a real fucker. I am intentional about my day, and I have support. Funny that I also, it seems, have an inner bartender that won't let me drown. I'm letting you know this because I can't be the only one. I know I'm not the only one. Only a fool would think this.

I know this, and you're right.

Being on the Studio Tour last weekend was balm. It was life-saving to meet so many lovely people, new to me, so there were few tired assumptions being played out; I am not the person I used to be. It takes some courage for me to step into this, and I did falter here and there over the two days, but I think I'm getting it.

Yes, it is. I've mentioned before that the timing of the event was a riot, and that I was stunned, and so grateful to have been invited; numinous energies afoot. Now it's time for transformation, a big shift toward positive energy that will help me protect myself from the waves of small-minded hate and selfishness blowing around the planet. I feel it and it's terrible.

Challenge for you, yes. And you know that these people have made...

I know. YOU don't have to explain YOURSELF. There is free will, that's for sure. In consideration of this glow of potential from the future, I did a little thing yesterday. I renewed my subscription to the New Yorker. I know that it sounds silly, a boast, but it's not. It's a meaningful thing for me. I grew up with the mag around, so it's a kind of connection with my past, as difficult and dark that might be. There was still a little girl there who would look forward to the cartoons. So, renewing this subscription now, for me, is a kind of commitment to my future. Are you rolling your eyes yet?

Not at all. You have to do whatever it takes these days.