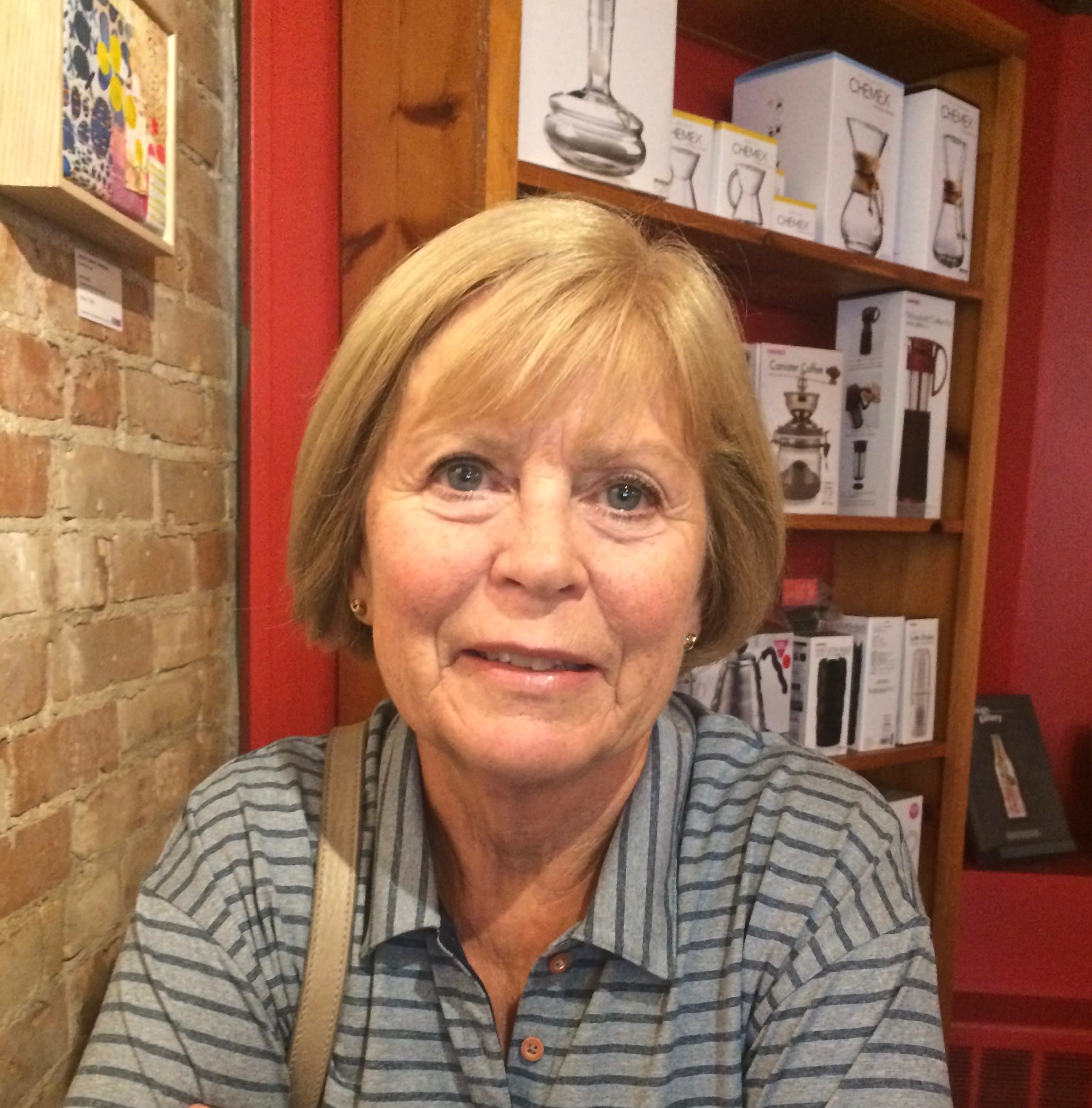 September 24, 2019. Not everyone accepts my invitation to participate in this project. I was in Newmarket shortly after nine in the morning and had already fielded a couple rejections. Some people don't want their photo on the web and I don't push it.  I was in a coffee shop in Newmarket, Ontario about ready to give up when I saw Claire sitting at a table, and well, she was all for it! Go Claire!

"Yes. I’ve been married to my husband thirty-seven years. We knew each other about three years before that–he was best man, I was maid-of-honour at his brother’s, my friend’s wedding, and we’ve got two wonderful children, grown up, and we hope to be grandparents someday. But he’s my life partner, my best friend and we travel and do everything together.”

"That is a tough question. Early in life, it would have been probably my father. Um, he was a strong influence in our family, the one that spent time with us. My mother did all the grunge work. Ha! As was the case in those days. Later in life? That’s a good question. I had one principal that I really admired­– Glynnis MacKillop, who passed away since but she really got me interested in the green movement, and her and her partner really got me to be an environmentalist. So, I have now, since, joined the Green Party and I’m going to the climate rally on Friday.”

“Fairly positive if–the only depressing part is if things don’t happen in this election that…if leaders do not take the climate crisis seriously, that will depress me a bit, but it’s a motivator right now for me to get out there and do something. Family-wise, everything is great. I’m hoping for grandchildren. My son doesn’t have a girlfriend yet but I’m hoping for that too, as parents are! And just looking forward to traveling and enjoying life with family and friends!”