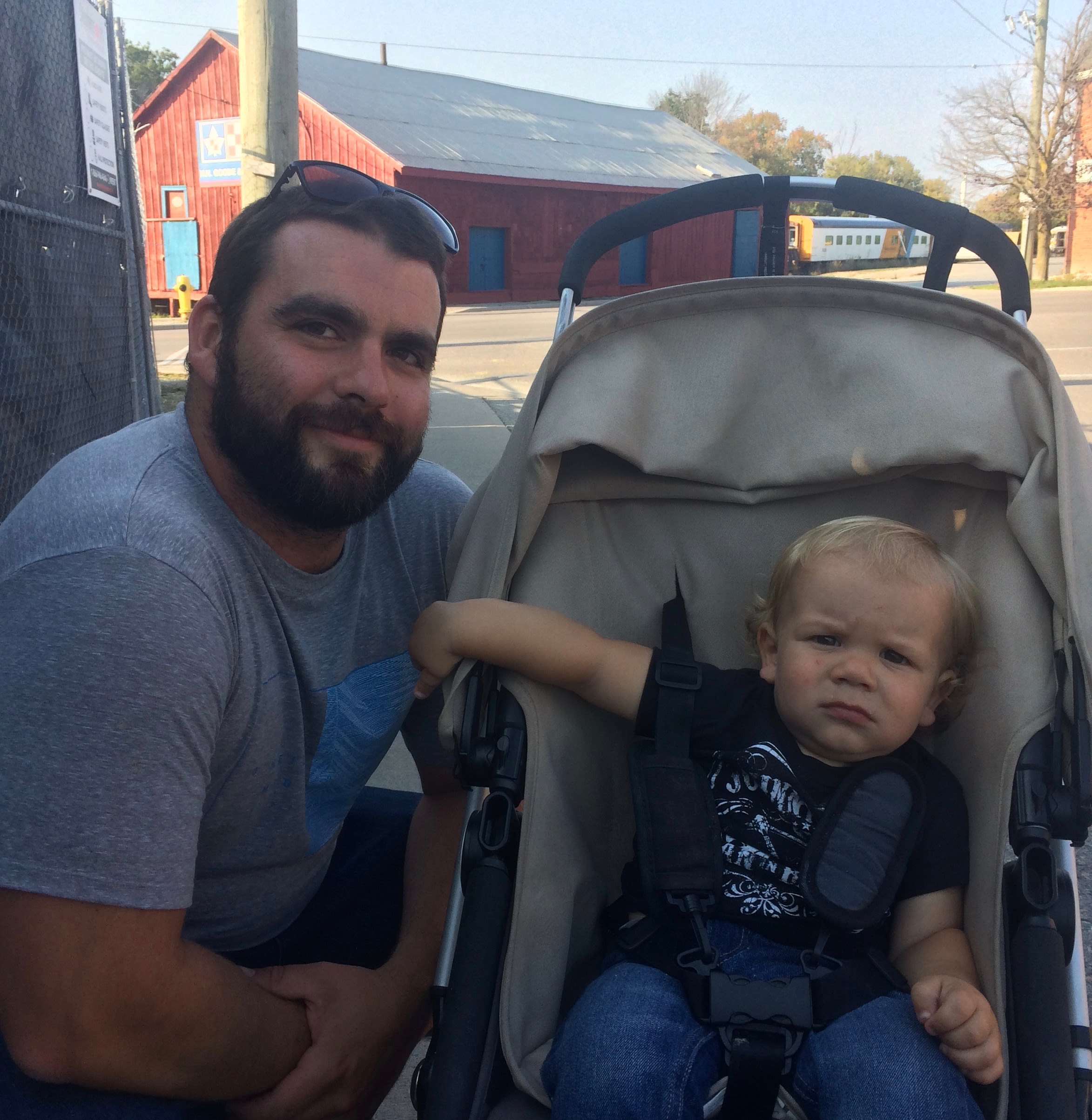 September 21, 2019. I was finishing up a good bike ride on a beautiful, and freakishly warm day. After looping though the countryside, I came through town and saw Jeff pushing a a golden-haired cherub in a stroller. You never know what you're going to get with someone of significant build, plus the beard. He could have told me to go take hike, but my gut was right–Jeff was a wonderful human, and excited to participate. We chatted about travel, and he told me that he and his wife have been to thirty-two countries so far. I am jealous.

“ Absolutely. Um, many kinds of love, actually eh? As you grow older, I think you identify with different kinds of love. My son’s fourteen months-old; he’s the 'second' love of my life. It’s my wife–who I dated when I was thirteen. I’m currently thirty-two; married seven years now. Um, so many different types of love. You know, love to my parents, love to my wife’s parents, to family and friends all over.”

“Wow. I had to pause on that–delay on that answer. Um, I feel like we’re at a point that, ah…I feel good about the future. I feel good about this generation–call it ‘generation what-you-will.’ Call them millennials. Call it anything, but I call it the ‘generation of change.’ I do think it’s coming. It’s not shown that the new younger generation I think, to what we’re actually doing in the world right now. I still think it’s going to take some time to make that change. It’s a bit worrisome, but I think we’re coming around as education spreads across the world, and–we’re all on the same level. I know social media can be used in so many different aspects but I think it’s used for mostly good. I feel good about the future. Yeah-yeah-yeah! We’re all highly more educated than we used to be. Yeah!”