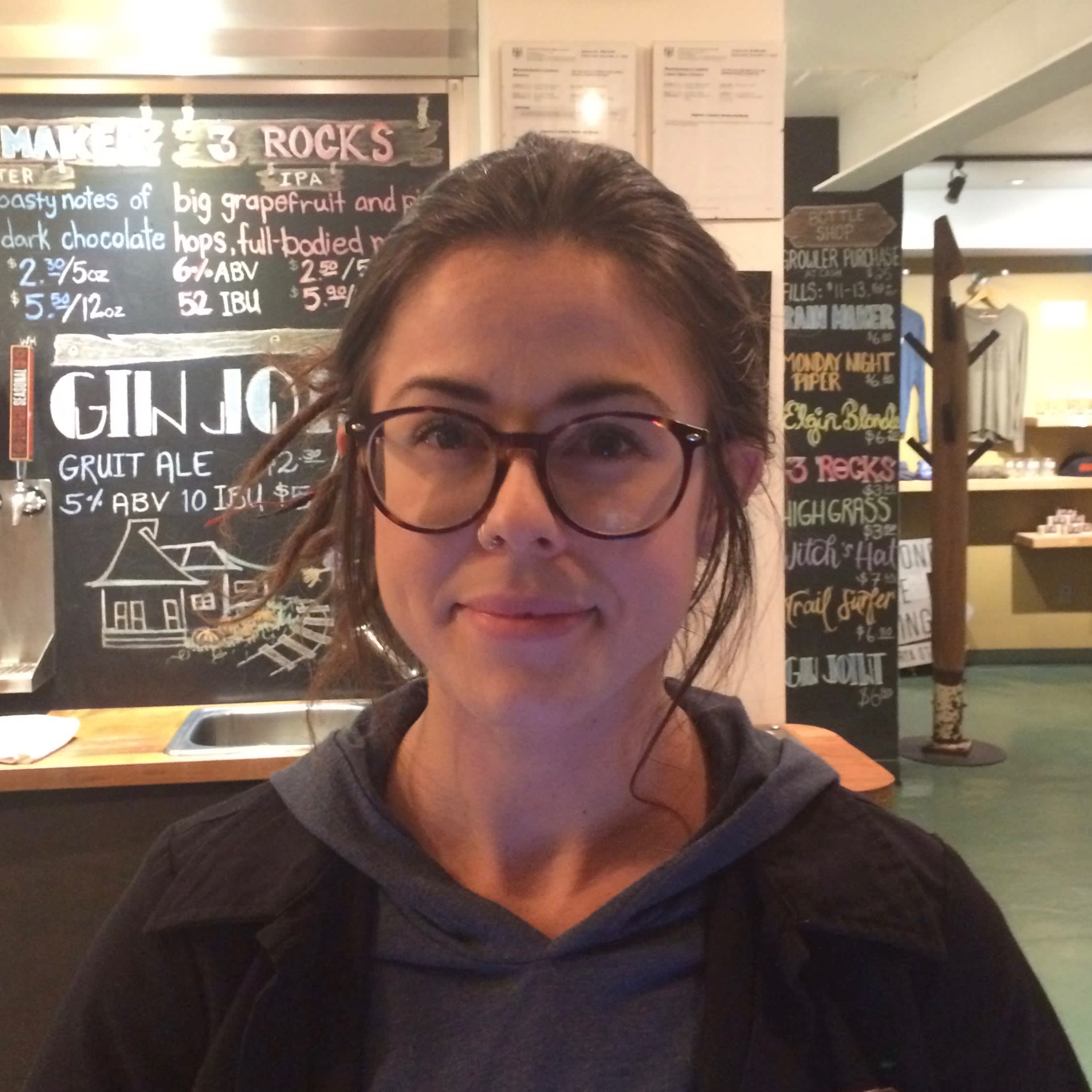 September 20, 2019. I had been to a climate protest in the morning, but as evening approached had not managed an interview. It had been some time since I had been into the Second Wedge Brewery in Uxbridge, popped in, and noticed a new staff member behind the counter. Considering my rule of never interviewing anybody that I know, I was delighted when she agreed to the interview. She seems to be an excellent human, and gave responses indicative of a person aware of the predicament of our world.

“Yes, I am, to a lovely fella who lives in Uxbridge, and um, it’s pretty great! Yeah, I’m happy about it!”

“My mom. She’s more like my best friend. We were roommates up until very recently when I moved in with the person that I love. I love her too. She’s the best, but um, yeah, she’s more like my sister. We share everything. We talk about everything. Hopefully one day want to work together–want to own a retreat centre for yoga and meditation and permaculture and all that good stuff, so my mom’s the coolest woman in the whole world, and that’s biased but it’s also true.”

“Worried. Well, if we’re talking climate change kind of things–I took a course in environmental science, and I realized that I should have done my entire degree in it, because I actually paid attention and read everything. Um, it’s really important and we don’t think about it because at least from where I stand–I’m in the middle-class, so we have a ‘cushion of cash,’ if you will, and so there are a lot of other people in either, like bordering water or they just don’t have that financial kind of boundary to protect them that are already massively affected. So because we don’t have that, it’s not hitting us right away–we don’t do anything about it. And I think the problem is as much in our habits but also with the system, and so until those big systemic changes happen, I don’t really see how it’s going to get any better, and even if it gets better, it has to get so much better so fast that I’m not sure that we’re even capable of doing it.”