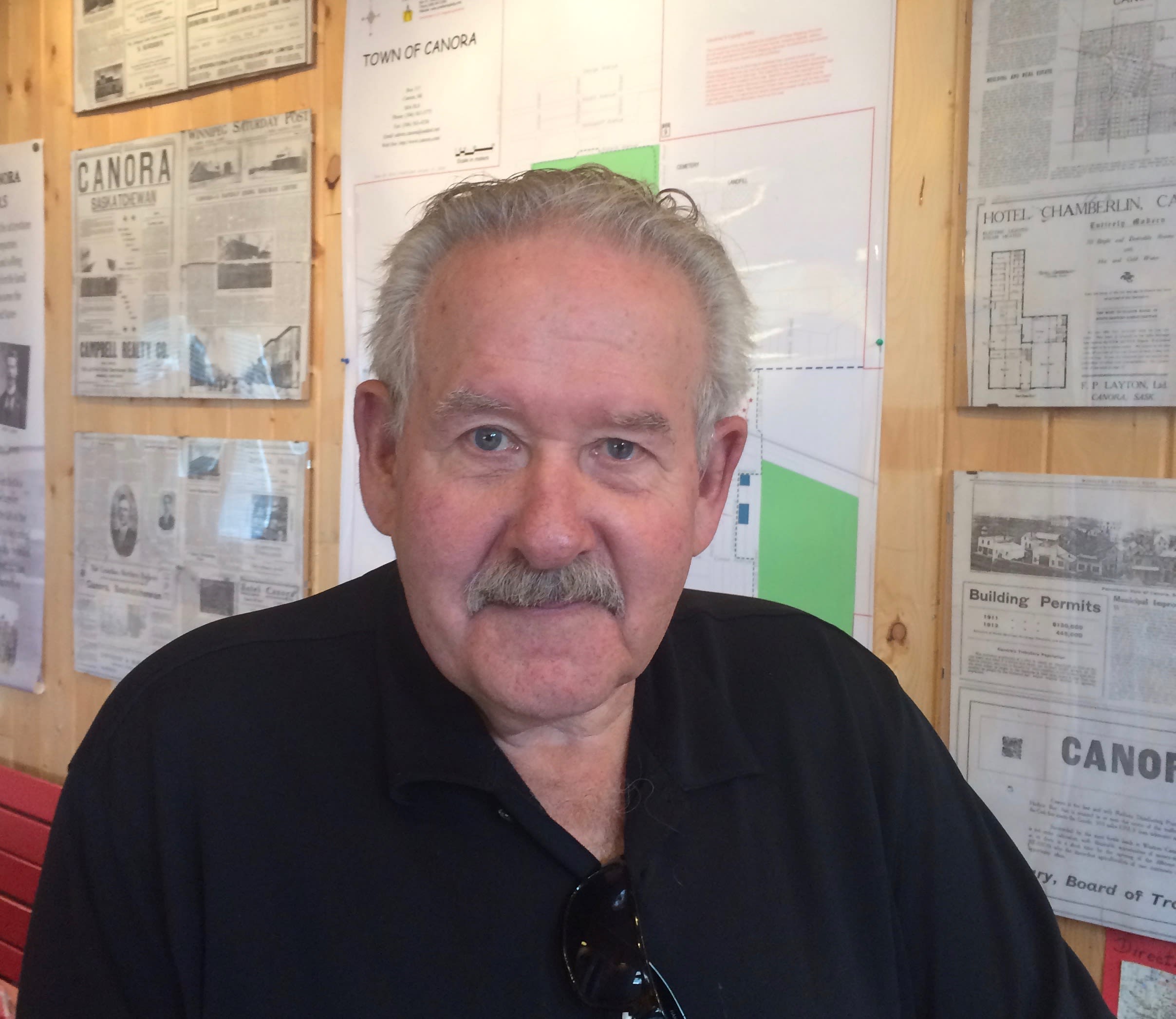 August 22, 2019. I drove into Canora after spending the night in Riding Mountain National Park, in Manitoba. There is a formidable statue of a Ukrainian woman that you can't miss while driving into the town. I ended up at the museum/visitor's centre and met Ron, who was volunteering that day. He took me through the small, but vibrant museum. I marvelled at the details that he knew about the CN trains and the station that is still a station, though nowhere near as busy as it used to be. Ron and I talked for some time and he told me about the B&B he used to run with his wife on Texada Island, off the coast of Vancouver Island, and also a position as a wildlife officer. He sent me a photo of him beside a polar bear up north years ago. The giant bear was coming out of sedation and Ron was beside its enormous head, making sure that it was okay. He's had some interesting experiences, Mr. Preddy has. I am glad to have met him! I do love his response to the first question here, and though I might have been imagining it, I am pretty sure that he began to tear up at the end of it. He's a keeper!

“Yes. I’ve been married for forty-nine and a half-years, to the same gal, and we’re coming up to our fiftieth wedding anniversary in March, next year…trying to decide how we should celebrate that milestone and I’m, daily, starting to realize that I really do love her!”

“Oh my goodness, just the one person? I…gosh there’s been so many that stand out. I’m trying to think of…I can’t seem to really come up with an idea of just one single person that’s had…because there’s been some really significant…but the fact is that, yeah–people in your life–there are really significant people that have big influences in your life throughout. And I think  that the astounding thing is that most of them don’t realize it. They don’t have a clue of the profound impact they have had on you over…over sometimes just even one or two sentences. So I wouldn’t be able to…I’d have to go on for half an hour to…and people would probably just keep coming like popcorn.”

“ I feel sad. Very, very sad. Like, being in a town that’s not on life support, but very, very much different than when I grew up here, and just barely holding its own, economically and everything–not very much for stores or anything anymore. Politically, I’m really worried about the future of the world. I don’t see the things in the community…I’m remembering people who tirelessly worked to form a credit union, or tirelessly worked to have some town organization, never ever looking for any glory or recognition–they just did it. That seems to be a thing of the past. And politically, we’re so divided in terms of–no difference from the States or Canada…we’re so divided into these different, you know, major political differences and I think a lot of it is based, you know with spiritual roots that are missing. And it’s kind of scary. To me, what the future holds, although, for me, at my age, I mean the next big event in my life is going to be death, so it’s…I haven’t got that many more years that I have to really worry about…so I don’t…yeah, I’m sad in the way that…I don’t see a whole lot of light at the end of the tunnel right now. So…”