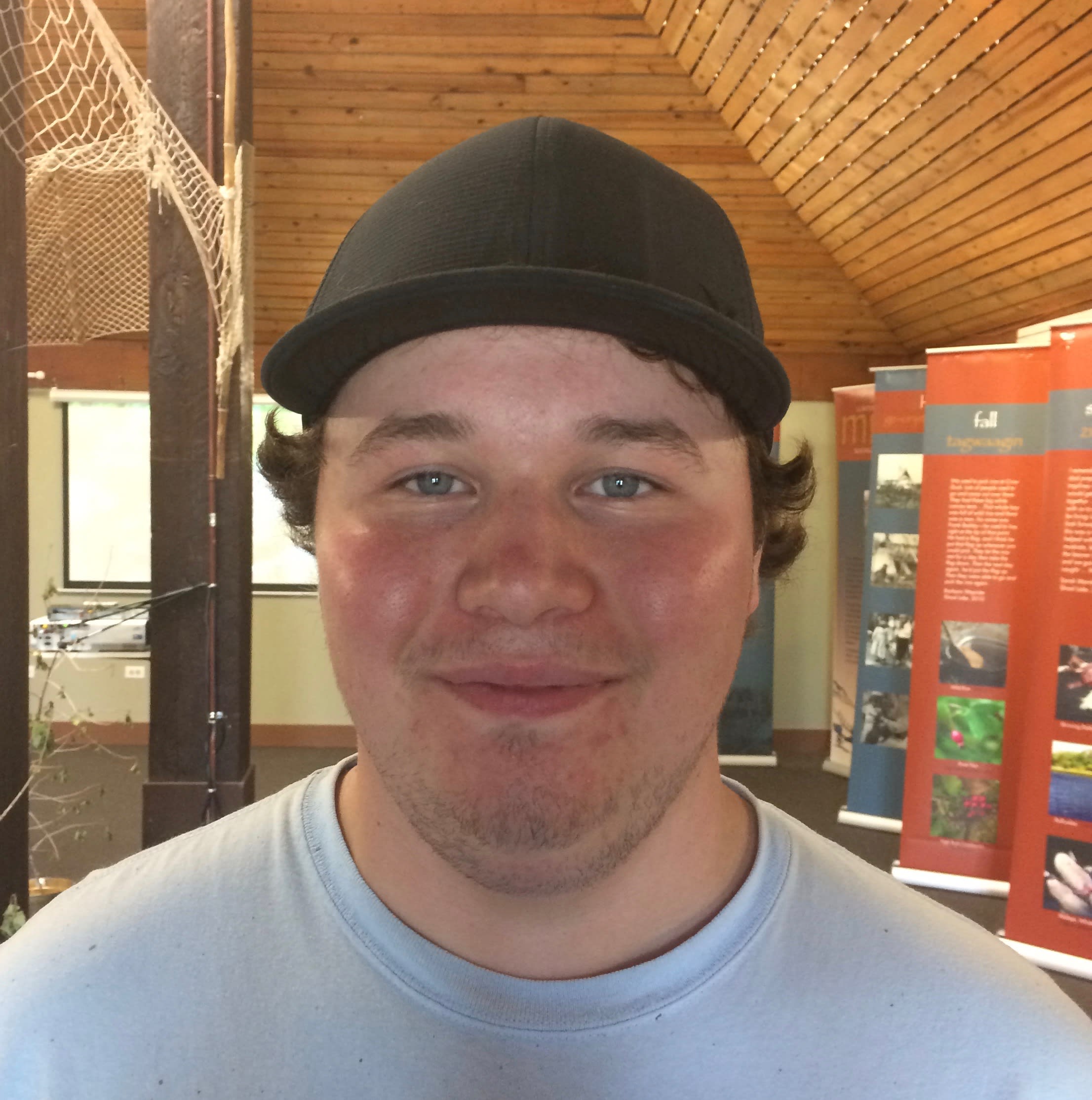 August 21, 2019. I drove into Portage La Prairie keen on getting info about a place to camp. The Fort La Reine Museum seemed like a good place to start. There I met Riley. His job at the museum was a summer gig. I liked his energy.

“Uhm, I’m going to go with ‘no.’ I’m in the beginning of a relationship, but it’s a little too early to say that.”

“I want to say for sure, either my father, or my godfather. Both were very, very stubborn. That was probably the defining feature that they passed on to me! (He chuckles) Not exactly that– that’s me just kind of joking a bit but, I guess ‘loyalty’ was the biggest thing that they instilled in my head.”

“Curiously nervous. Just with everything that’s going on–you see, hear, you read–it gives you pause I would say, just to think what is going to happen in five years even.”