Marianna Juk, from Holland, in Vancouver, BC. 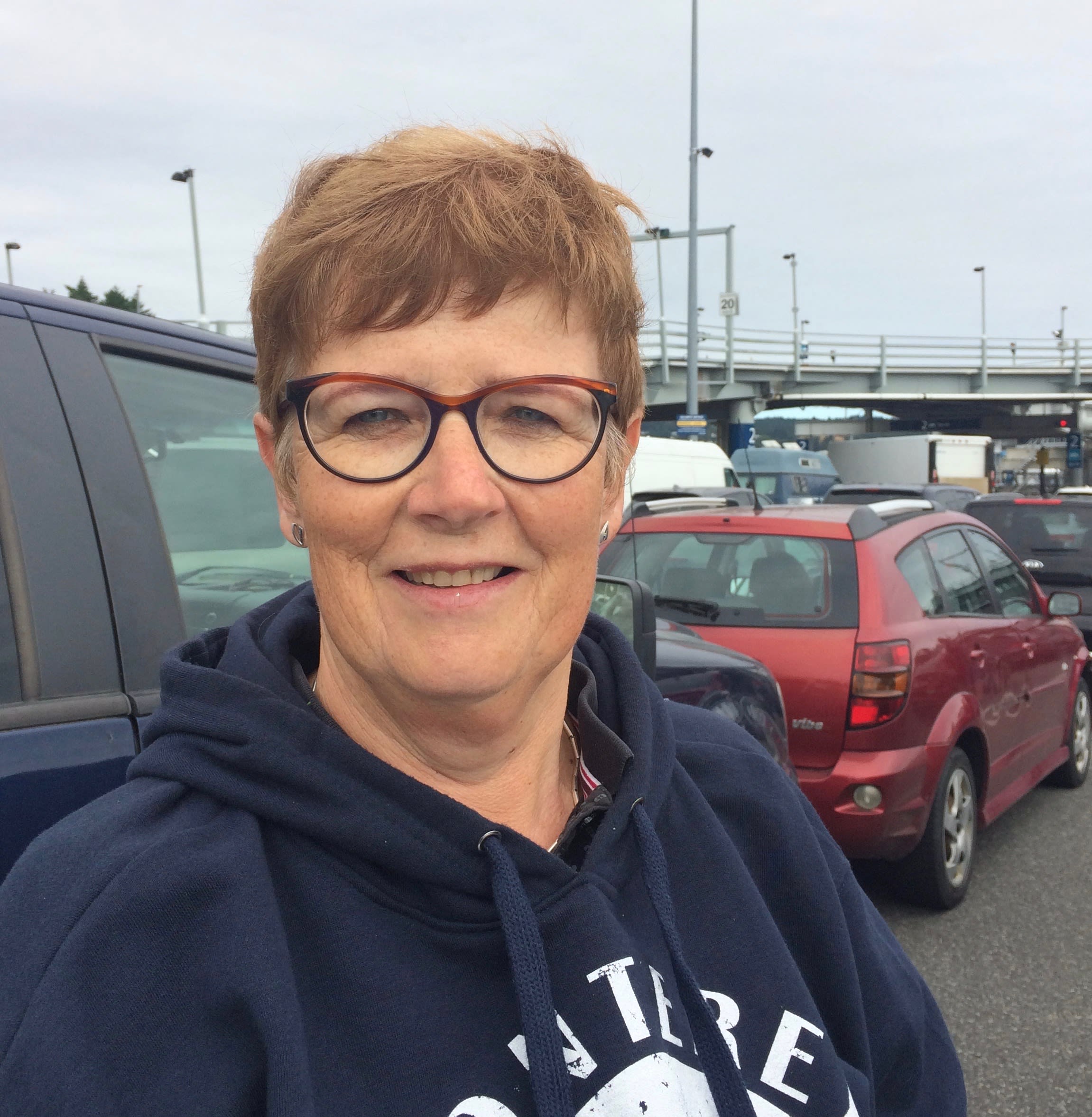 June 14, 2019. Marianna and her husband from Holland, visiting Canada and parts of the US, were parked in front of me in the lineup to get on the ferry from Nanaimo on Vancouver Island, to Horseshoe Bay, Vancouver, BC. mIt was clear to anybody with eyes, that the pair were in love and enjoying themselves. Marianna was delightful to talk with and leapt at the offer to participate in this project. She’s a peach! Like someone you feel like you’ve known for a long time!

“Yes I am. For thirty-five years, the same person…we are doing well.”

“Okay.” She looks away for a minute and thinks. “I think it was my dad. Uhuh. He died too soon. He was only sixty-one, but, I think he influenced me the most of all people. He was a big example for me. He was outgoing, and…extravert–I am more introvert.”

“I liked him very much. I missed him when he died…I’m often thinking of him. It’s a long time ago he died…yeah.”

“Uhm, both a little bit concerned about how things are going now. On the other side, also hopeful because I see both things happening–hopeful things…meetings like this! It’s nice! And I see the difference between people and I don’t know, is this the right word in English–‘polarizing?’”

“You see it in Holland. You see it in…we were in the U.S.. Little bit here, but in the U.S. we saw it more. Yeah, that concerns me, but…otherwise I see, also, other things happening. People are doing well…are hopeful.”