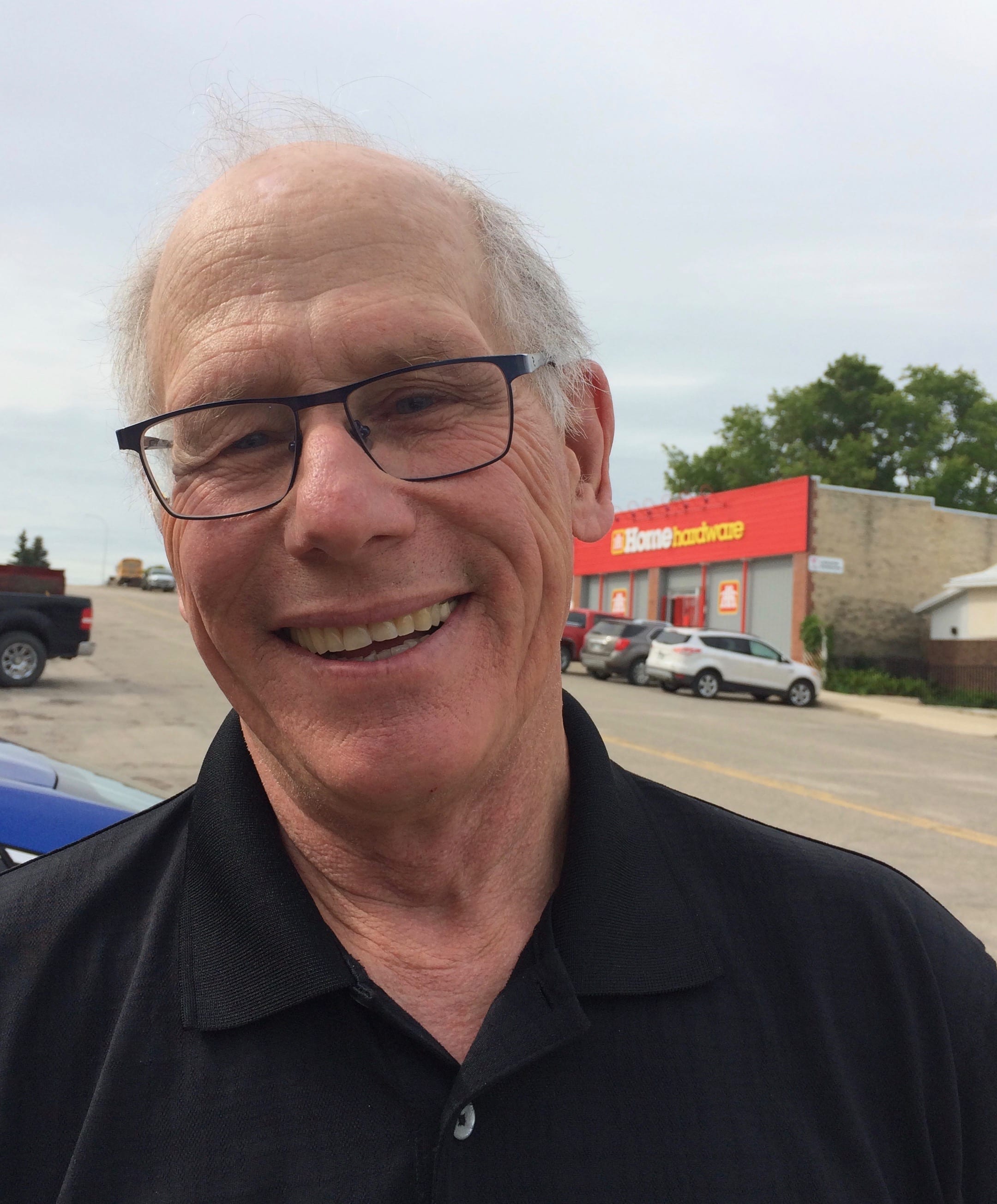 June 21, 2019. I met Don on the main street of Holland, Manitoba. He was very kind, welcoming, and gave thoughtful responses to my three questions. His scenario is an important part of this conversation.

“Yes. I’m in love with my spouse, obviously, and I have four children and seven lovely grandchildren that just exude love. (He laughs here!) So, yeah, it’s great. Yeah.

“I would say my dad, my father. Actually he’s ninety-four years-old now. He is living in a personal care home. He doesn’t move around as much as what he used to, but his mind is just as sharp as ever, and it’s sometimes scary to have conversations with him ‘cause he is so up-to-date and with-it.”

“ That…I, I…am an optimist. I feel that the future, and not for me but for my grandchildren, it’s going to be great. I think that, uhm, perhaps all of the stupidity that’s going on in the world today is somehow going to sort of level out, and…and maybe not be the norm anymore–it seems like it is more the norm now than it’s ever been, and it’s, in some ways it’s scary but in other ways, like I said, I’m an optimist, that I’m hoping that things will work out for the better. Yeah.”