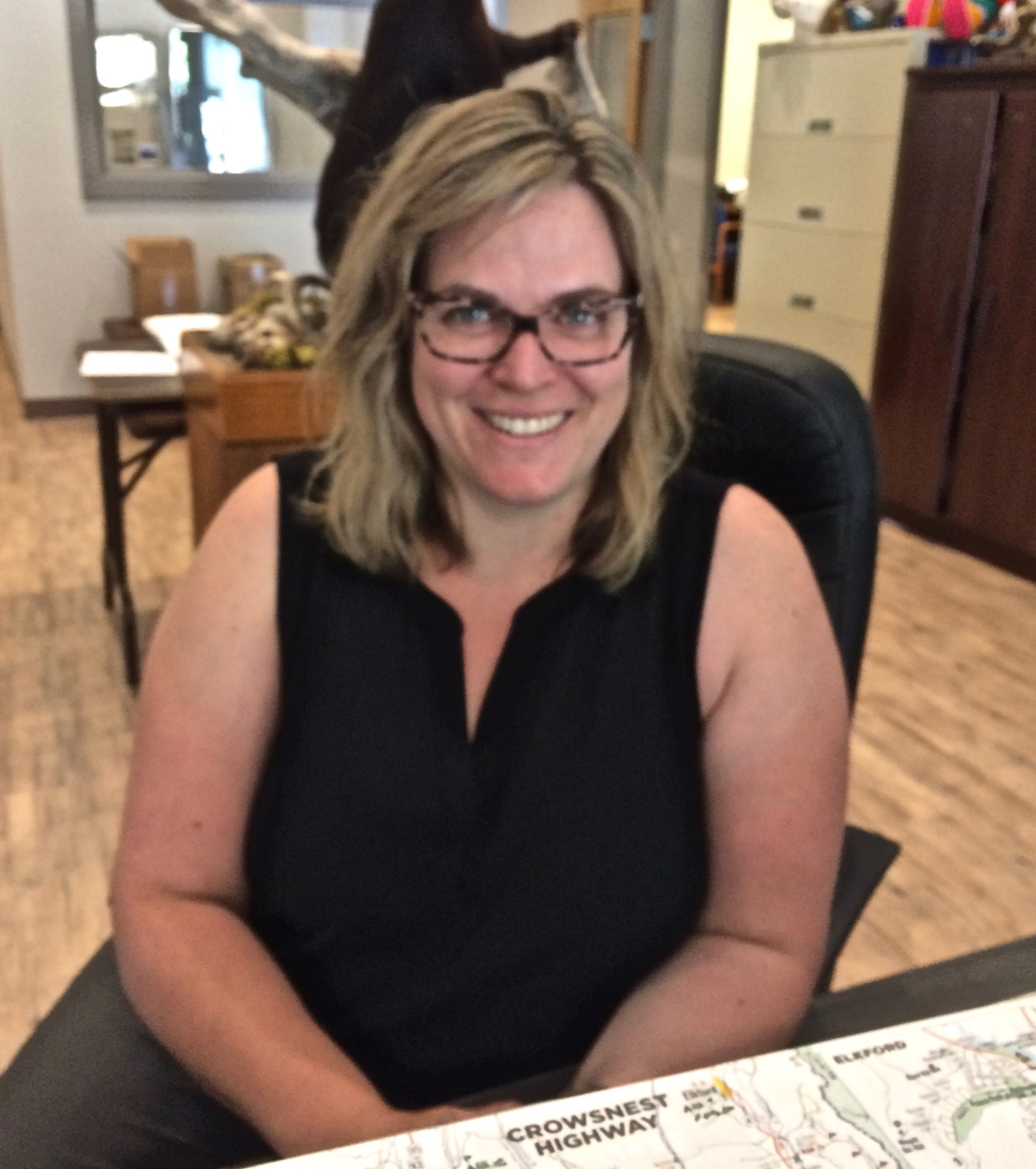 June 17, 2019. I met Lindsay in the Visitor’s Information Centre in Fernie, BC. I depend on these centres and often have long conversations with the staff. Lindsay was lovely, helpful, and outgoing. She almost began the interview before I was ready! There are people who decline my offer, for one reason or another, but this was not the case here. It became clear that Lindsay was in the middle of a life challenge, and I am honoured that she shared it with me. I am just as honoured to be sharing her touching responses here, with you. Remember, we are all in this together, yes?

“Yes I am. I’m in love with my husband, whose name is Tyler. We’ve been together now for twelve years, this September, uhm, and he’s my everything.”

“It sounds, okay, so it’s weird. So, right now my husband has stage four colin cancer, and we’re really quite young, so, I just turned thirty-eight, and he’s thirty-eight as well. Uhm, he was diagnosed last year, and I used to think that influence-wise, I was not necessarily influenced by people per-se, but by locations and community.

Uhm, I travelled a lot in my twenties, and that really influenced who I became in my thirties. Uhm, and there are definitely some powerful people in my life–my girlfriend Shan, and I’ve got a really good crew who are powerful and influential but right now, Tyler and our little clan of us, which is just Tyler and my dog, are the most influential people, ‘cause everything that happens in our life right now is so very in-the-moment. And everything that is surrounded by it, it sounds like, ‘my husband’s my life’(she says this sarcastically), but everything right now is so very specific to that one word. Yeah.

So that’s what is influencing my life at the present moment. Yeah.”

“Dodgey–on all accounts. I feel that the future is dodgey in the environment. I feel like people are not listening to the facts and they are being swooned by easier ways, instead of realizing that there’s effort that needs to be put into things, and I find that very much so in older generations that do not want to take accountability for things, and industries that do not want to pair with environmental groups, and environmental groups that don’t want to pair with industries.

I think that Fernie’s changing at an alarming rate and that scares me because I, like, right now, change is very challenging for me and so, it’s…it’s hard for me to accept the change for what it is, even though the changes that are happening are very positive, and people are working very hard to make these changes in the most positive and community-based way that they can, they’re changes and I can’t handle that right now (She laughs).It sounds so weird to say it but it’s true.

And like, in my personal life, I don’t really have …we’re in such a limbo-land that I don’t really have a future plan. Even deciding if we’re going to move somewhere, or we’re going to make plans for the summer, it’s very short-lived. It’s very four-months. Financially, it’s very short-lived. It’s very this-to-that, so it’s daunting, yeah, which sounds bad because you were talking about how things were so positive. And they are!

The sun is shining and we’re not on fire. Life is good (She laughs again). Yeah.”