Adventures with Humans – A Night Out 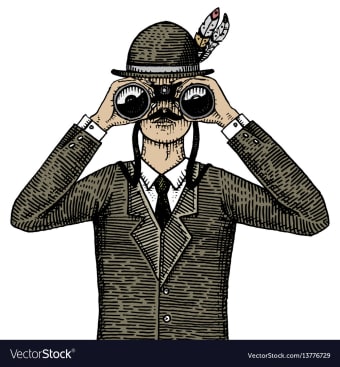 The room fills. There is good space between me and the difficult couple until a woman squeezes through and fills it. She is short and solid, with a head of hair that reminds me of a serving of crispy noodles.

I am in the city  for an evening of symphonic and choral music. Earlier in the day, I had committed to a hearty regimen of Olympic-level wallowing. I had been sulking in a hot bath, thinking about how I would fully embody the genre of miserableness over the day’s later hours when a little voice suggested that I,

“get my then-boiled ass out of the tub, throw on a dress, and get to the place!”

My younger son is stepping in to play in this orchestra and any chance to see either of my guys play is a delight, so I go. Traffic is kind. There is only one car fire that slows flow for a few minutes; I arrive in perfect time. Delighted.

The event is in an industrial-looking, unappealing church. I take a seat in a pew a few rows back from the front. An older couple joins me and the fun begins:

The man makes no effort to whisper. He talks about how ugly the building is, mentions something about “terrible people,” paces for a while, and then returns, hollering about how old the people in the audience are. His annoyed wife sits, trying to lure him to his seat.  I wonder how I will refrain from throttling him if he should speak while my son plays notes. I kicked a man once for texting during one of my son’s performances. It felt amazing. I recommend it.

The room fills. There is good space between me and the difficult couple until a woman squeezes through and fills it. She is short and solid, with a head of hair that reminds me of a serving of crispy noodles. She has had a drink or two before arriving–I can spot this a mile away. She is by no means drunk, but she is relaxed. The top of her head comes just to my shoulder as we sit, so she looks up at me like some kind of aged toddler. She wears large glasses, and seems to consider me as an oddity from behind them: she looks, and blinks, and stares. I wonder if I have a starfish stuck to the side of my face, or some kind of creature waving to her from my left ear that only elfin folk such as she can see. I greet her and we talk. She is upbeat and kind; an orchestra subscription member who attends all of the performances.

The drama at the far end of the pew continues. Loud Man, now seated, yells to his wife, that he “…HAS BROUGHT BINOCULARS!” My new pal does not acknowledge the commotion. Instead she removes her shoes and gets comfortable with her bare feet pushing up against the back of the pew in front of us, doing her best to avoid the bibles of course. I buckle-in for the ride.

The orchestra plays. Thankfully, Loud Man quiets down. My pew pal looks up at me and smiles each time we clap for the musicians. I am tempted to go get her some milk and cookies, or promise her a puppy. During the last, longer symphony before the intermission, she falls asleep. Peripherally, I see her slump, then deflate towards the wife on her left. At a certain point of collapse, she resets only to tip again. She startles up and awake during the applause at the end of the piece, acknowledging its greatness as if she had not missed a note.

Intermission comes and Loud Man’s wife, a member of the choir slated to sing during the second half, heads to the green room. When it is time, the many members of the choir walk onto the stage. I guess that there are upwards of 80 people in the choir and I love each one; they are all of the shapes, and heights, and ages. I imagine some as the matronly stalwarts of their sections, throwing disapproving stares at anyone missing a cue, or singing in an improvised key. There is a knot of men in the bass section that I immediately imagine as the selectmen of any village in any bucolic novel written by some easterner. I love that they are here, despite whatever their lives are like at home–love, health, wins, losses, births, deaths–but all here to sing.

At one point during the choir’s entrance,  I hear Loud Man say,

“Oh, there she is. She’s there. She’s always there, and after fifty-five years, it’s getting boring.”

I set my jaw so as to not laugh out loud.

The last choir member to enter is a woman navigating her way with a long white cane and the help of her choir mates. I notice this, but in case there is any doubt, my pal alerts me:

“Oh, look. That woman there with the cane? She’s blind. She can’t see. She’s being helped in right now.”

I smile, delighted with how entertaining the evening, then let out an audible “HARF,” when I notice Loud Man glaring through a stubby pair of binoculars. His wife can’t be more than thirty feet straight ahead of him but he is staring with a kind of fierceness, as if charged with guarding the coast from enemy submarines. I fully expect to discover him later, glaring from horseback with a pith helmet on his head, threatening to blow his cavalry whistle.

The music begins. A hired-gun–a trained soprano soloist takes her place and belts out sounds remarkable to be human-made. I look for similar sounds coming from the choir. There are none that I can hear, but the performance is still lovely. For a brief moment, I want to strangle the percussionist for lagging while playing tambourine, but this is my only impulse I have towards real violence during the evening.

The performance ends. My pal puts her shoes back on. “I hope to see you here again,” she says, rises and in the process of putting on her coat misses belting me in the head while stretching her hand through her sleeve, only because I dodge at the last second.

The lesson here? –Always get out of the bath.