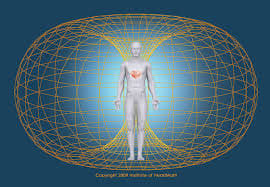 Over the past two weeks I withdrew from social media. I had sensed that my physical body was soaking up the terrible sadness and anger from the violence that I was seeing in the U.S.; it was making me sick. The uniformed murder of George Floyd, the subsequent brutality meted out by what appeared to be rogue bands of the worst of law enforcement on peaceful protesters; the ignorant, foul stink from so much racist agitation, delusional toxic entitlement, and simple, lizard-brained meanness encouraged by a terrible leader was making me anxious as hell. Oh and the virus. And climate change. Sigh. My suspicions of the physical toll I was experiencing were confirmed when, after unplugging from FB and Twitter, I spent two days sleeping as if I had returned from some arduous challenge. The decision to unplug was a difficult one–it’s important to stay informed. This is not the time for oblivion, and I could never bear any platform withdrawn so much as to nurture complicity, but I could sense that as empathic as I am, there had to be another way for me to move forward with agency. I’ve been on an odd path over the past ten years at least. I didn’t understand where it was heading, and of course had no inkling that the world was going to erupt into uncertain change as it has. Of all things, it was a recent interaction that I had with my mother about ice cream that made sense of my wandering–the path worth it and on target–in one moment, in my van, with two tubs of Kawartha Dairy Bordueax Cherry Ice Cream.

If you’ve read anything else that I’ve written, you may know that my mother is not my favourite person in the world. Don’t go away! I’m not going to go over it again except to say that there have been myriad opportunities for healing that she never took. This point is bonkers important. It is key, in fact.

The physical scenario right now is that my mother has macular degeneration, an eye ailment that has made her blind enough that, at 85, she can no longer cook, drive, read, or really watch television. I live close by in order to tend to the necessities that she can no longer fulfill. I have two older siblings who help as best they can, but it is my boots on the ground here. My intention has always been to make sure that she has everything that she wants and needs even though I have found it difficult to tolerate spending much time with her. I admit to having some moments of ease in tending to her while I was in the depths of studying Buddhism in 2019, but there was something about her that got in the way, forced me to step back again. It was more than her smoking habit. She’s never been mean or monstrous, but there was always something that bothered me that I couldn’t quite peg.

Cue the Bordeaux Cherry scenario: I am driving mom home after another eye treatment a half-hour south of town. As we make our way back, I ask her how she’s doing for ice cream. She says, “Oh, I’m very low. I hardly have any left.” So, I decide that we will take a slight detour and go the Kawartha Dairy store here in town before going home. We pull into town and then into the store’s parking lot. “Do you want to wait here while I go get the ice cream?” I ask. “Yes, oh, that would be great,” she says. I get out and stand in the lineup to the store’s outside window while social distancing and wearing my mask. I get the ice cream, and get back into the van. While we are waiting for a break in the traffic in order for me to navigate out onto the road, my mother says, “I was not expecting that.” “What?” I ask. “I was not expecting to get ice cream,” she says, but she didn’t say it with any glee. She said it as if nothing good ever happened in her life. She said it as if ‘the getting’ was an aberrant offering on my part which is not the case. It dawned on me in that very moment, that my mother was deeply, deeply attached to her suffering. She loved it. She loved portraying the victim, because then, and this is the learning moment readers, she did not have to risk stepping up and helping anyone else: if you don’t know your deeper self, if you’ve never gone there, then you can’t live from a place of truth and authenticity and therefore nothing you offer your fellow human can be any deeper than the thickness of your façade, your mask. Good GOD I could see it so clearly!

Lately, I’ve been steeping in the world between Buddhism and the more scientific explanations of the energy around love, gratitude and compassion in our lives, and by the way, even if you’re an atheist, those three components are necessary if you’re to function in any positive way in society. It might sound flakey, but for one who has been disappointed by religion but still senses that there has to be some spiritual significance to all of this, I feel that I may have arrived at a useful place–the sweet spot for these very times. I won’t go deep into the details here, but I feel that the benefits of all of my reading, studying, questioning, digging, and meditating are now starting to gel. In the past I could be overwhelmed by someone else’s energy and have had to leave rooms and gatherings to avoid bursting into flame. I’ve been laid low by depression and still have the odd experience of being filled with an unsettling kind of darkness upon waking, as if being filled by the kiss of a Death Eater from Harry Potter, but now I can acknowledge and dispatch it before my feet hit the floor. And yes, I am now in control of my anxiety, surprisingly and completely without a glass of merlot; this is real-time, in-the-moment agency. Such an effort takes focused intention and practice but I can do it, and what a relief.

In consideration of the revelation of my own mother’s lack of self-knowledge and keenness to heal, I became aware of the similar states of so many people that I know as close friends and relations, and others more in passing; few are truly happy or content. Fewer are present. Instead, there is something playing out in their lives; some possession or status yearned for, or a wound not healed and left to fester. Perhaps there's a story in their past that they can't let go of, and baby, I know that feeling; I'm now free of that bullshit too, and that is a huge deal. I believe that things are going to get outwardly rougher here on earth, and yes, you could drink your face off but you’d be no further ahead, plus you’d have a headache. For me, I’ve found not only profound relief in going inward and sensing that bigger space, but have been delighted by insights waiting within the vast consciousness that is there. Sometimes, the experience is wonderfully overwhelming. If not, it’s always, always neato.

I looked over at mom as we pulled out onto the road. “Well, were you planning on telling me that you needed ice cream or were you looking forward to suffering, being a victim over it because you couldn’t say, ‘Hey Suzanne, I need ice cream. Could you pick some up for me?’ You know that's all that you needed to say and I would have done it, no problem.” I said this not to be mean, but in hopes of having a conversation. She responded by looking away and laughing that particular familial laugh which signified that she was going to deflect and not discuss. I know that she will never change. That’s sad, but while caring for her and treating her with love and respect is my job, her change and healing is all up to her just as yours is up to you. Perhaps I should thank her because it was her perpetual distance and withdrawal from any real truth that triggered my recent epiphany, so she did unintentionally assist. I think I may be wiser for me to leave her to enjoy her ice cream. I’m still trying to grok the whole realization, but for the rest of you with any emotional depth or self-awareness at all, I am sure that now is the time to go deep and heal what needs to be healed. Do whatever it takes. Get to know your deeper self because now is the time. I feel this strongly.

I can hardly believe that I am in the place where I felt compelled and passionate about writing this.