You Did What? Coolio, My Son! 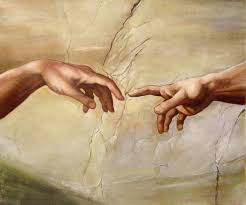 Years ago, when the kids were little and Christmas was fun, I was out arranging lights on our house when the neighbour from across the road came over and began talking to me. We weren’t close, only because she rarely came out to socialize, not because she was a monster, or let on that she was a monster. It was night, plus it was snowing, so her sudden gregariousness was odd. She began telling me about her father who had had a heart condition. He had been rushed to the hospital and the whole family figured that he was going to die, but they prayed and prayed and prayed, and whadda ya know, he lived. She went on and on about the power of prayer and God, then almost without taking a breath, she asked me if I wanted to donate to the Heart and Stroke Foundation. I looked at her, you know, to make sure that she wasn’t having a stroke herself. Had she heard herself talk for the last fifteen minutes about how great God was? But now she needed my money for a charity? I declined. She left. I finished arranging my lights–Jesus’s birthday and all.

The Buddhists say that “life is suffering.” Having cleaned out smoker’s hork and cigarette ash from my mother’s sink the other day, I agree. Directly after the effort, I considered taking three steps to my right, sticking my head in the microwave and ending it all, like 'Himself' in the novel, ‘Infinite Jest.’ I rallied instead, in the hope that I may discover a punch line for this hilarity. Religion seems to be bonkers, except for yours of course. Whatever works for you is the best, and nothing else really matters, maybe. As long as we’ve all got something to hang onto, to show up for, that brings us some kind of peace and belonging, the parameters don’t really matter, except for peace. Peace is essential, and I clump non-judgment in there as part of it–okay so there are parameters. I thought I had found my team when I began studying with a certain Buddhist sect, but then found that this particular group didn’t like the Dalai Llama. I threw up my hands. I also made a sound: “Pffff.” People are people, apparently, and Buddhists too, no matter how delightful their chakras. There is dissention, accusations of assault, political shenanigans, even arrogance among those of the saffron robes. It’s the same in all religions–anywhere there is a gathering of people, games of status seep into the room.

Joseph Campbell, had lots to say about religion. In case you’re not familiar with him, Campbell was an American icon of literature and mythology, whose book, ‘The Hero with A Thousand Faces,’ inspired Lucas to write 'Star Wars.' He described how we need story in our lives, some kind of delightful structure that gives our lives meaning. His central discovery was that tribes around the world, that had had no contact with each other, were telling similar stories around the campfire which denoted some kind of ethereal connection already. But in regards to my frustration with suffering, here is the best quote from one of his famous PBS interviews with Bill Moyers,

“Ramakrishna once said if all you think about are your sins, then you are a sinner. And when I read that, I thought of my boyhood going to confession on Saturdays, meditating on all the little sins I had committed during the week. Now I think one should go and say, ‘Bless me father for I have been great, these are the great things I have done this week.’ Identify your notion of yourself with the positive rather than the negative.”

That would change everything, don’t you think? There wouldn’t be a program running in the back of your psyche to remind you that essentially, you’re garbage. Religion wouldn’t have such a hard-on for repression and barbecuing your bones in the fires of hell. Instead, “Father, look! A backflip!”

Just in case, there’s Pascal's Wager, a philosophical argument supporting the idea that one should live as if God exists. If he doesn’t, then little is lost. I think that’s a bit shady–motivation is important, no? “I really don’t want to bring you some tea, but here it is, just in case, and yeah, whatever.” Why not just be sincere and kind for sincerity and kindness’s sake? Why not be a compassionate human being instead of a self-serving jerk because it feels better? Don’t cram the parking spot. Open doors for others. Abstain from speaking ill of others behind their backs unless they recently voted conservative. If we took this on as our essential default setting, would any of us be having to consider three minutes on high?

I’m not comfortable with the atheist moniker, and ‘agnostic,’ sounds like a gymnastics move. Yes, God could be a she and we could get all righteous and forceful around that, but I lean toward there being no gender at all. I think God is more like a deeper feeling than an entity. On the low end, it’s like the feeling you get when the bus comes and there are plenty of seats for you to choose from. In the middle, you see a sunrise. You pet a dog. On the high end, it’s the feeling you get when you meet someone and you have a powerful, unspeakable connection and you write poems you never thought that you could write–love and connection, baby! Bring God into it and if, by chance you’ve fallen for someone of the same sex, it’s the barbecue for you and that’s just tiresome, grasping, and ‘we’re still arguing this?’ Not sure if people are ready to turf the idea of God for something without a human form.  Yes, there’s the saying, “God is love,” but considering Trump’s prayer breakfasts, I would be turning in my Bible. Actually, I would throw it. That is some stunning meanness going on there, laughable really, because if Jesus came back and walked in on one of those breakfasts, he would be shot, thrown in jail, shot again, and deported, loaded into a plane misted and dripping with vitriolic spit launched from the mouths of the meanest, most privileged group of hateful people in recent history.

I’m reading Yuval Noah Harari’s ‘Sapiens,’ and was reminded in an early chapter that we are descended from the great apes. I don’t know why I had forgotten this, it puts everything in a better light. In Canada, the conservatives–full of Trump wanna-be’s like Doug Ford–are itching to tear down, accuse, and stamp their feet–terrified of the very thought of the economy shifting toward something green, sustainable, and considerate of everyone. Yes, apes have societal structures and levels of authority, but not mindless assholery and greed. No one ape takes all of the bananas so the others have none.  Am I foolishly expecting that humans should have, by now, evolved into something better, kinder? Perhaps. I began to grok this when Gretsky was traded to Los Angeles which was, by the way, when I stopped watching hockey in case you’re wondering.

I’m not sure if we’re going to make it out of this. The ice is melting. And I can’t ignore our demise sated by some missive that puts the task of our recovery on the original concept of God. I doubt this was “God’s plan.” Complete waste if it was. So far, I have not discovered a punch line–the setup is that the future is questionable and daunting. We need a complete mind shift and I’m not sure how to trigger the positive tide that we desperately need. In the meantime, I suppose I'll work on my backflip.