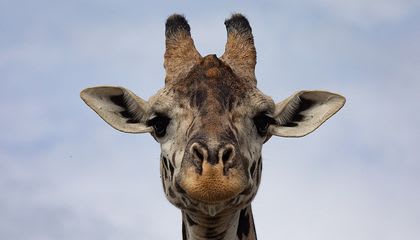 My mother rarely looks at me when speaking. Mostly, she will look up and off behind me as if she’s prepped to recount a poem or retrieve some meaningful memory: “Ah the geese. Oh they would land on the pond only to break my heart when they left.”   Usually, she is recounting a phone call with, say, my brother out west and is updating me on the weather out there, or the obvious weather apparent through whatever window we are near. This makes me more than bored. It makes me angry-bored–I desperately want her to say something interesting. I want so much to have a conversation that doesn’t sap my life force, that’s easy and true. It never happens. Instead, she speaks like she’s giving a presentation– momentarily stepped back from the lectern. This makes me want to throw myself off of my balcony, but I’m only on the second floor, so I’d have to make repeated trips, and after time with my mother, I don’t have the energy.

Humour would have changed everything. If either of our parents had had a sense of humour, all those years of excruciating tragedy and darkness could have been lit up, torched with the smallest spark of joy. Take, for example, the whitefish dinner:

The whitefish dinner happened back when I was still married to Neil, and the boys were little, say three and six years old. I can’t remember the exact celebration–it might have been my father’s birthday in July because it was warmish out. The location was the 50 acre hobby farm–pastoral and bucolic and other excellent descriptives, where I grew up, an hour north of Toronto. There was a pond, rolling hills, and a mixed bush, and despite its brilliant potential, was not a fun place to visit for the simple fact that nobody living there was joyful; everyone took everything personally and shouldered all of the world’s woes completely. It was exhausting, brutal even.  Life is suffering–TURN HERE!

We arrived in the middle of the afternoon as requested, lured by the promise of an early dinner. Such a request, to me, was hilarious because nothing in my family was ever early, unless you considered that things could be prepared so late that they were early for the next time frame. When I was a kid in high school, I was on sports teams and would have to wait sometimes hours for mom to pick me up. On winter weekends, my parents enrolled me in downhill ski programs at one of the tiny resorts in the area, I think, because they didn’t want to deal with me and my questions about why everything was so miserable. It was common that my mom would arrive to pick me up long after the resort had shut down for the day, and the owners were waiting to go home themselves. I imagined packs of evening coyotes circling the building, keen to pick my bones; it was embarrassing. Of course you couldn’t make a joke about it. Mom would simply pretend to not smoke and focus on whatever was on the car radio. Meals ran on the same clock.

On this day, we pulled into the driveway, Neil, me, and our two boys. We walked into the kitchen, because rarely would anyone come out to greet us; there was usually some world tragedy that had to be fraught over, and the four of us, with our working legs and organs were not a concern. Neil and I noticed that there was something going on in-and-on the stove, which was a good sign. There was the expected tension between my parents–usually there had been some comment muttered or silently implied before we arrived that, though we couldn’t see it, was still hanging in the air for my mother to churn under. The horror came when we opened the oven door to have a look at what we hoped would be a turkey, or a roast, and found an enormous pan of milk set to poach the huge whitefish sitting in it. Mom had never done this before. I would have been less horrified to find a giraffe snoozing on a pool table because that would have clearly been ridiculous. I could have blamed some strong cough syrup I had taken, or possibly contributed a subtle, ignored seizure as the trigger for the psychedelic vision before me. The fish deal had a mistaken sense of possibility about it, a kind of wrong, blinkered hopefulness that you might find with something like grass skis, or a scorpion fun-park.

Roasts can be rare, and underdone turkey, though bad, may offer careful crispy bits at least on the extremities in the process, but underdone fish is never comforting, never compelling. This fish was, as I remember, a long train ride short of even underdone. On the time scale, it was likely closer to its last moment of physical animation. If it had rolled and flipped a fin at us, I would not have been surprised. I’m sure that I would have been delighted because then I could have taken the beast and set it free in our spring-fed pond where it could have lived out its life with little reason for anxiety–its own miracle without innards or a head. Let’s imagine this raw, spry fish sitting in, not even water or broth, but milk. Why not garnish it with raw bacon? Let’s roll it on a cat for texture. What could possibly go wrong except everything.

Mom was not a gifted cook, but to be fair, she came from a generation where prepared foods were all the rage. Masterpieces of her time were anchored with mayonnaise, frozen peas, or almost-cheese thrown onto a chunk of iceberg lettuce. My mother lives near me now, and recently asked me how on earth I had managed to make the mushroom soup we had both just eaten, from scratch. Poached fish was always leagues out of her wheelhouse.

Neil and I looked at each other. We knew that neither of us was going to eat any of this fish because we had two children to care for and we still felt eager to live a little longer. We were not going to feed any of this fish to our children, because again, they were ours to care for, and how would we explain knowingly feeding this to them to the doctor at the hospital we would have had to take them to afterward?

To make matters worse, my mother was riding this befuddled belief that the best way to cook potatoes for mashing was not to boil them in a big pot of salted water, but instead, to steam them. The resulting mashed potatoes were fine if you found you had a hankering for moist drywall, or maybe an old slipper. This was her process for a long time, and nobody could say anything because we were all afraid that she would burst into tears, or slip into the laundry room and hang with her beefeater pal, the skirted man on the gin bottle, for a quick one and then come out like nothing’s wrong, except her eyes would begin to blink individually from each other and over a short few minutes, she would talk like she was in a time warp where the vowels and consonants were flying separately from each other.

There we were, in that beautiful old farmhouse, on that beautiful farm, with a kitchen full of comedy gold that nobody could touch. If mom had thrown up her hands and hollered, “Okay, we’re ordering pizza. Nemo was just a decoy–fooled ya!” Then, if she had sat down and had a cigarette in front of us, instead of hiding it and pretending we were too stupid to figure it out, life would have been better. I would have been delighted, but also convinced that I was in a dream, because it never would have happened.  I know I’m supposed to care for my mother and I do so, but purely out of duty; I wish it was otherwise.

If there had been any humour or any real connection on that farm, everything would have been different. Humour connects us–it offers a vision of the absurdity of life. It gives people a way to loosen threatening knots made when human interaction is not clear and judgements or wrong assumptions are made. That whitefish could have been taken out and given a proper burial, my mom in the lead with the promise of grilled cheese sandwiches to be made upon return. My kids could have remembered the event as an exhibition of how neato their grandmother was instead of a visit that we managed to get through by loading up on salad–and thank goodness for dessert.  I think humour also gives credit to your audience–you know they can handle it, and thanks to this, you develop a relationship. It gives you the strength and habit to look them in the eye when you’re speaking with them, and just that little thing would be a welcome relief. I wouldn’t be repeatedly considering moving to the penthouse.